​​​Hi- my name is Dr. Joseph Revetto and I am a Licensed Clinical Professional Psychologist in private practice who has been performing an “evidenced based” form of art/healing for over 35 years.   A good deal of time, effort and commitment went into “becoming” that statement, which has resulted in the awesome experience of working with well over 17,000 individuals, couples, and families.  What follows is a short version of how I got here.

I entered college as a wide-eyed freshman in the summer of 1979, with a desire to find a field of study which helps others, combined with a remarkable curiosity as to “why people do what they do.”  On day one in my Psych 101 class, the professor was a Psychologist in Private Practice and after hearing what he did, I was instantly captivated.  I was so enthusiastic about it that I changed my major from Biology to Psychology that very week.  My ambition was to eventually develop my own practice.

Between then and now, you could say that I have gained experience in almost every sector of mental health, working with almost every condition of the mental health continuum.  Prior to my doctorate degree, I worked in group homes and community-based programs, helping individuals with autism spectrum disorder, mild-moderate retardation, etc. through writing behavioral programs geared at helping them learn appropriate behaviors. While earning my Masters, I worked at the student counseling center helping college students who were having problems adjusting, as well as on a crisis hotline.  That led to several internships at community mental health centers, learning the intricacies of assessing and treating individuals, couples and families who were having a difficult time coping with the many pressures of life.  I attained my master’s degree with the completion of my thesis: Predicting Life Satisfaction.  Then it was on to pursue my doctorate, which was completed in January of 1990 with the finalization of my dissertation: Detecting and Predicting Alcohol Dependence.

Following my doctorate, I spent an entire year working at the local State Forensic Mental Hospital: Patton.  It was here that I worked with the most severe cases of mental illness, and concurrently co-authored and published two scientific journal articles: one dealing with various screening tools for detecting alcohol disorder (1992) and the other reanalyzing adolescent drug use (1990).

Following my work at Patton, it was a natural segue from there to go to work at San Bernardino’s acute psychiatric facility (known as Ward-B), where I gained significant exposure to individuals who suffered from both a mental disorder and a substance use disorder and were imminently suicidal/homicidal.

After essentially three years of inpatient work, I was ready to move into the direction of outpatient work again.  At this point I was able to treat patients who had just been released from the inpatient psych facility, as well as individuals, couples and families who felt they needed basic coping skills.  After a couple of years doing this, I felt the need to really make a difference in the world!  So, in 1995, I went to work for a non-profit program working with individuals infected with and affected by HIV.

During those 10 years, I polished my skills as a practitioner, administrator, community presenter and a medical collaborator.  The mission from the mid 1990’s through Y2K was to give hope to individuals where there was none; they thought they were on their way to dying a painful death   This was an extraordinary time for me, as I felt a part of a medical team that was making a difference in the lives of individuals and their families who really needed help.  Seemingly miraculous medications combined with phenomenal treatments changed the course of what was once perceived as a “death sentence.”

In the winter of 2004, I felt I was ready to embark on fulfilling my lifelong desire: opening my own practice.  All the experiences I have lived through equipped me to open a modest office adjacent to train tracks and a small, private farm.  Thanks to the daily support of the roosters, chickens, cows and trains, I eventually relocated to Redlands two years later.  I have been here ever since.

The year 2021, documents my 17th year in private practice.  Realizing this, it is with a profound sense of appreciation, humanity and gratitude that I thank the inland communities for allowing me to fulfill my lifelong dream of doing what I am passionate about: Helping others. 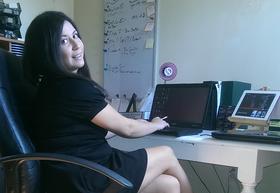 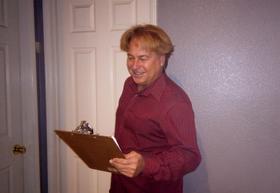 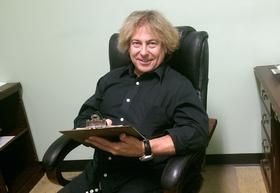 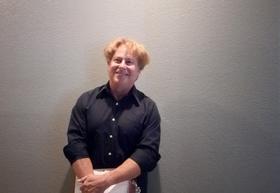 ​Danielle has been with the company since 2014.  She started off as a certified biller and eventually became Office Manager.   Besides making sure that the day-to-day office operations run smoothly, she is also responsible for determining if clients wishing to use insurance are billable through our agency.  If they are, she submits the billing on the client’s behalf.